The Furrow is a magazine available around the world in fourteen languages that helps farmers farm, and has been doing so since it was first published in 1895. It’s also owned by John Deere, who makes agricultural equipment. That’s not a coincidence. That’s content marketing. 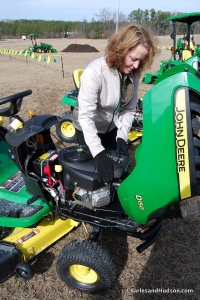 The concept of creating something designed to attract and engage with a clearly defined audience of potential consumers has certainly been around for quite a while. Indeed, it pre-dates The Internet by at least 94 years and has permeated society in ways many don’t even appreciate. Soap operas wouldn’t exist if Procter and Gamble hadn’t provided housewives with the daytime radio drama they loved, before they then told them about the detergents they needed. No restaurant or hotel would ever have worked extra hard to receive extra Michelin stars if two brothers called Édouard and André hadn’t decided that an effective way to sell tyres would be to also sell guide books.

What is new is the way in which modern businesses, large and small, can easily and effectively make use of modern online content marketing strategies, as well as the reasons why they should.

These days, devoted fans of television melodrama can follow their favourite soaps without having to witness a single advert. Instead, there’s a machine that Are watches the show first, saves it and then automatically skips to the good bits without ever pausing to consider how white your whites really are. Internet pop-ups are seen as rude and frustrating, banner ads are mostly completely ignored. Both can be blocked, and across all media in general, consumers have learned how to bypass the content they don’t want so they can remain fixated on the content that they do. Get in their way and they’ll get irritated and unwilling to consume.

This has encouraged companies to think of their content marketing plan as just poorly disguised advertising, so they then riddle it with blunt and obvious messages. In doing so, they demonstrate that they don’t understand what content marketing is in the first place. Nobody ever read or lent the Michelin Guide because they were purely interested in tyres or knew someone who might be. Content marketing is not about direct promotion of a product. It’s about being informative and helpful, offering (practically) impartial advice, entertaining, enthusing and gaining trust. It’s about forming and maintaining a relationship with an audience that could well include customers. Not by dictating to them what products of services they want, but by providing them with information that they find valuable, maybe even so valuable that they want to show their friends.

Get with the Pioneers of today 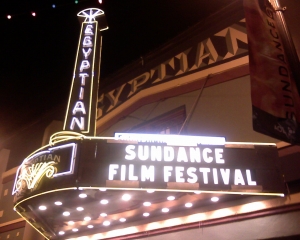 If you know who visits your website, reads your email updates, uses your products or enjoys your services then it’s possible to tailor your content. This could be in the form of an infographic that offers information about a subject in a novel and easily digestible manner, or a blog post that assists with a situation a potential customer might have found themselves in before they used Google for some assistance, and just so happen to come by your post.

At the higher end of the scale there’s still Procter & Gamble, who produce short informative films aimed for consumption online. “When did doing something ‘like a girl’ become an insult?” asks Like a Girl, a plush video by Sundance Film Festival award-winner Lauren Greenfield that features boys and girls acting out how they think a girl runs, a girl throws, or a girl fights. The point is beautifully made and rightly concerning. It also has little to do with the product mentioned, briefly, in the final few

At the lower, lighter and somewhat sillier end of the scale, anyone looking to survive the unlikely event of a zombie apocalypse might well have encountered Zombie Survival Gear: The 13 Essentials. It’s a reasonably low cost and simple visual guide that explains what items you’d need. Items like storm-proof matches, energy foods survival knives that can be bought from outdoor recreation and sporting goods stores. Perhaps sporting goods stores like Recreational Equipment Inc. – more commonly known across the United States as REI? You’ll find their URL at the bottom of the infographic, along with links to other sources used in its creation. And you’ll find the infographic scattered on social media.

These examples haven’t only increased brand awareness. For example, as people post links to a graphic or a short film on their blog, it shows Google that the sites they have linked to is of interest to them, which in-turn interests Google. That’s how shared content can provide an excellent way to create organic links.

Some people refer to content marketing as the new Search Engine Optimisation which I feel isn’t accurate. It’s definitely an effective technique to gain inbound links and raise your page ranking, but SEO will always require deeper, more technical dealings. However, content marketing executed well will deliver more long lasting benefits to a business than an improved page ranking.